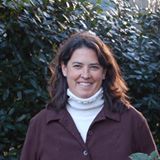 Blythe attended Lewis and Clark, where she majored in biology and studied abroad in Kenya. This experience inspired her to change her intended career path from wildlife biology to international education. She earned a Master’s degree in International Education from the University of Colorado and has worked in study abroad at Naropa University in Boulder and, most recently, at Portland State University. She has traveled to over 50 countries and is passionate about travel in general, and study abroad in particular. She greatly enjoys working with students and faculty to plan their overseas experiences. 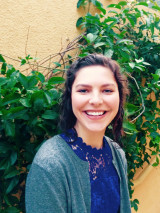 Nicole grew up in Portland and is a Pacific Northwest native. She studied at Willamette University where she graduated with a BA in International Studies and minors in Spanish and Latin American Studies. She later went on to complete a Master of Arts in Education from Portland State University. Nicole has extensive experience working, studying, and volunteering all over the world. In Fall 2015, she was the assistant leader on the India program. You can find her volunteering at the Portland International Film Festival during the winter.

Kaitlin grew up in a rural town west of Portland, but has always loved the City of Roses. She completed her undergraduate studies at Lewis & Clark, where she majored in Hispanic Studies and spent a semester in Alicante, Spain. She continued her studies in Monterey, California as she pursued a Master of Arts in International Education Management from the Middlebury Institute of International Studies. In the last semester of her graduate studies, Kaitlin had the opportunity to return to Spain and work as the Onsite Programs Assistant at the Middlebury School in Spain in Madrid and Córdoba. In her free time, Kaitlin loves spending time outdoors and exploring the Pacific Northwest, practicing her Spanish, and eating food from all around the world. Kaitlin is excited to help LC students expand their horizons by studying off-campus. 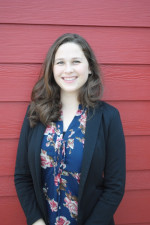 Alexandra is currently pursuing her Master of Arts in Student Affairs Administration at Lewis & Clark College’s Graduate School of Education and Counseling. A graduate from the University of Washington, Alexandra received her Bachelor of Arts in Law, Societies & Justice and Classical Studies, and spent the latter portion of her senior year studying Latin in Rome, Italy. Alexandra has also traveled to and studied with Hagoromo International University in Osaka, Japan, as a post-graduate student before pursuing her degree at Lewis & Clark. In her free time, Alexandra enjoys reading, film, board games, and exploring Portland with her husband. Alexandra enjoys working with students to select a program (or two!) to pursue their study abroad goals.

Abdo is a sophomore from Kurdistan, Iraq. He’s pursuing a degree in Computer Science and Economics. He’s lived in Iraq, Turkey and the United States. He loves traveling and has been to over 35 U.S states! Abdo enjoys swimming, playing soccer, chess and exploring Portland’s restaurants, comedy clubs and food-trucks! He’s excited to assist students in whatever way he can and hear about their experiences in their study abroad programs.

Emma is a sophomore German studies major/English minor who is most recently from Greensboro, North Carolina. She loves traveling, and reading about new places. She was born in Germany, and visits often, and can’t wait to study there on her abroad trip! She is excited to help you figure out where you want to study abroad, and hear all about it when you get back!

For more information on the Emma Hamel Munich Scholarship, here.