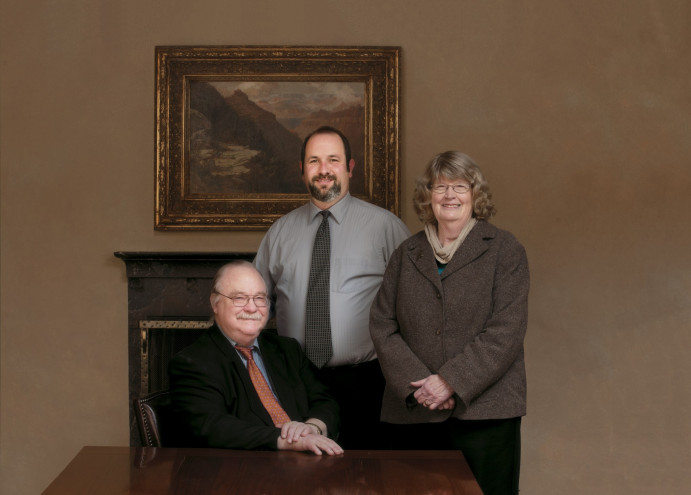 “Albany men and women competed successfully in oratory and debate. In Oregon’s Intercollegiate Oratorical Association contest,an annual event that drew large audiences from throughout the state, Albany speakers won the “beautiful gold medal” for first place in 1898, tied for first in 1902, and won again in 1906. Excelling in debate as well, a three-man Albany team won the 1902 championship of the Collegiate Debating League of Oregon, a success repeated twice between 1905 and 1908. An Albany team of three women won the 1908-1909 championship for the Girls’ Collegiate Debating League of Oregon, and Jessie Telford, a first-year student from Klamath Falls, was the surprise choice in 1912 to lead a three-person Albany team of two men and herself to the state debate championship.”

Speech & Debate at Lewis & Clark actually dates back to the time when the college had a different name, Albany College. It is one of the oldest intercollegiate activities on campus. From one of the first intercollegiate debates in the nation versus the University of Oregon in the early 1890s, to speech contests such as the Oregon Intercollegiate Oratorical Association, Albany speakers and debaters consistently made a name for themselves against regional competition.

The squad has continued mostly continuously over the years with some brief hiatuses, such as during World War II. Post-war, the team continued as a chapter of Pi Kappa Delta. In 1955, Professor Cornelius “Neil” Sabin, began directing the program. Under his guidance, the team began to travel more frequently and compete in various tournaments across the Northwest. 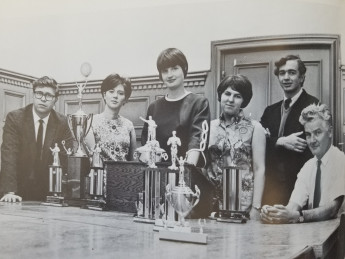 Sabin continued with the team until 1963, though he was still an active supporter as a member of the Speech department. After a brief time with Louis Cockerham as coach, Professor Jean Ward took over as director in 1964. Ward was one of the first female coaches in the nation at that point in a profession dominated by men. Ward grew the individual events portion of the program and hosted a high school tournament for the first time on the L&C campus. 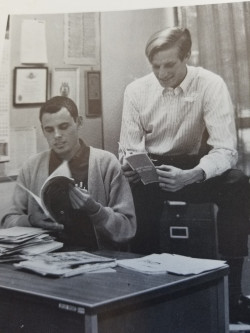 One notable component of Ward’s leadership was the expansion of national travel. Roger Ferland and Barry Mount became the first Lewis & Clark team to qualify for the debate tournament at West Point, which later became known as the National Debate Tournament (NDT). It would mark the beginning of a tradition of excellence not only in the Pacific Northwest, but throughout the United States. During the late 1960s, Ward and Professor George Austin shared the directing duties. 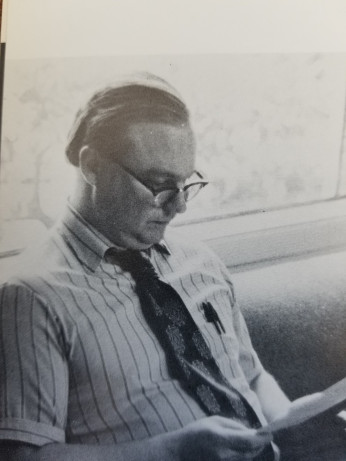 After three years of direction from Professor Gary Cross from 1969-72 and an additional year from Austin, a national search for a new director led to the hiring of Professor Steve Hunt in 1973. Hunt would become the longest serving director in Lewis & Clark history, staying in his position until 2009. During his time at Lewis & Clark, the team would begin to debate in the Cross Examination Debate Association before transitioning to parliamentary debate in the early 2000s. Hunt also continued to emphasize a full-service program, as the team began to compete at the National Individual Events Tournament in its inaugural tournament in 1978, having several national finalists and semifinalists in the two decades thereafter. 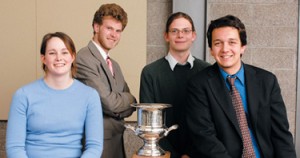 Along with being the President of CEDA and editor of The Forensic, one standout moment under Hunt’s direction occurred at the 2005 National Parliamentary Debate Association championship tournament. Lewis & Clark won its first debate national championship, with Meredith Price & Paul Bingham defeating Whitman College on a 5-4 decision to take the title. The tournament was even more historic because L&C was the first squad to place two teams in semifinals at the NPDA; Mitch Stromberg and Landon Mascarenaz finished as semifinalists. 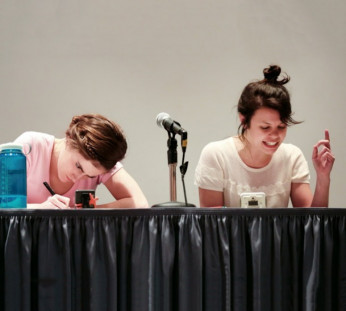 After Hunt’s retirement, the team was led by Professors Bjorn Stillion Southard and Brad Krupicka before the hiring of current director Joe Gantt in 2012. Over the past eight years, the team has earned its second debate national title (the 2014 National Parliamentary Tournament of Excellence, won by McKay Campbell and Emily Halter); its first debate national top speaker award (Raine McDonagh, at the 2020 NPDA National Championship); and its first two speech national championships (Aaron Lutz in extemporaneous speaking, Ally Knighton in informative speaking, both at the 2019 National Forensics Association National Tournament.)

The first yearbook of Albany College proclaimed, “The motto of the College ‘Esse quam conspici,’ [to be/to do without being conspicuous] is indicative of its spirit, and its colors of Orange and Black have had their share of floating in triumph in contests with other Colleges in … Oratory.” That legacy has endured throughout the years, and will continue in the future as the program focuses on individual events and Lincoln-Douglas debate in the long term, and parliamentary debate in the short term.