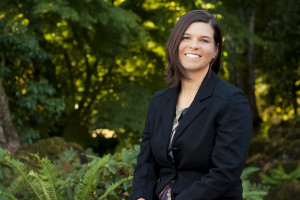 The O’Leary Fund was created to honor the memory of Shannon O’Leary, Associate Professor of Physics, who was killed in a tragic automobile crash on December 26, 2016.  Professor O’Leary was a bright and promising scientist at Lewis & Clark College, where she taught hundreds of students in the classroom and mentored a total of 17 students in her experimental research laboratory on quantum optics. Throughout her career, Professor O’Leary exemplified excellence while avidly promoting inclusion and equity for women and other underrepresented groups in mathematics and the physical sciences. Also a well-loved colleague, friend, and mentor, Professor O’Leary formed strong connections across campus and was an anchor in the community. This award is established in her honor to recognize young women studying physics and math who demonstrate tremendous intellectual promise and community impact. 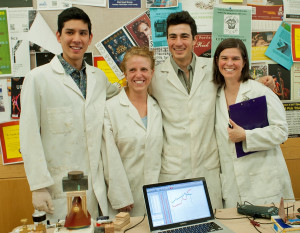 In the months following her death, a tremendous outpouring of support from the campus community and beyond endowed the Shannon T. O’Leary Award fund, which will remain a permanent reminder of Professor O’Leary’s life, exemplary scientific work, and efforts to advance opportunities for women in the sciences.

The Shannon T. O’Leary Award is presented annually to a promising student in physics or math, preferably a woman, to enhance their independent research efforts. The recipient is chosen by a committee of faculty from the math and natural sciences division, and the award is presented during the spring honors convocation.