The Science of Gender and Sex 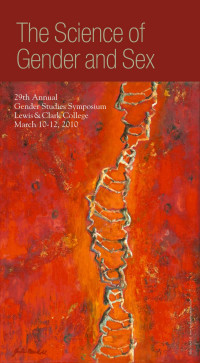 Featuring work by L&C contributors as well as by Portland artists, the exhibit displaysed a variety of approaches to questions of gender and identity in a wide range of different media.  Curated by L&C students Kelsey Chapple and Casey MacDonald.

Learn more about the 2010 Gender Studies Symposium in the video below.

1:45-3:15 pm, Thayer
Roundtable: Smelling Like a Rose: Challenging Traditionally Gendered Thinking in the Perfume Industry through Technology
Diana Wiener Rosengard, L&C alumna, “Feminine Things” blogger
Angela Sanders, “Now Smell This!” blogger
This discussion will examine the impact of internet blogging on taste-making, ways
the internet has increased the average woman’s influence over success in the    industry and gendered marketing approaches, and the ability of more women to   become professional perfumers thanks to online direct sales.  The session will   include an opportunity to blind sniff several fragrances in order to challenge   stereotypical thinking about the gendering of scent. 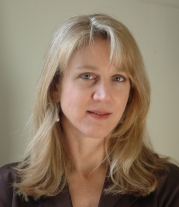 Lise Eliot’s most recent book is Pink Brain, Blue Brain: How Small Differences Grow into Troublesome Gaps—and What We Can Do About It, an examination of gender and the brain that has been greeted with rave reviews. Dr. Eliot has published more than 50 works, including peer-reviewed journal articles, magazine pieces, and an earlier book, What’s Going on in There? How the Brain and Mind Develop in the First Five Years of Life (2000). She teaches courses in medical neuroscience and biomedical ethics at Rosalind Franklin University of Medicine and Science in Chicago. 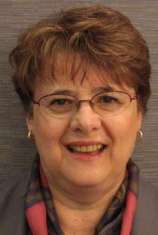 Leonore Tiefer began her career with a Psychology PhD on hormones and hamsters, followed by an academic position and work in an animal laboratory. Responding to the call of feminist politics and the world of sexology for people, she later re-specialized in clinical psychology with a focus on sex and gender problems.  She is currently Associate Clinical Professor of Psychiatry at both New York University School of Medicine and Albert Einstein College of Medicine and has a private psychotherapy and sex therapy practice in Manhattan.

Dr. Tiefer has written widely about the medicalization of men’s and women’s sexuality.  Her c.v. contains over 150 scientific and professional publications, and her books have been translated into several languages.  She has been interviewed by news media around the world as the foremost critic of “disease-mongering” trends in the medical management of women’s sexual problems, and she has been invited to deliver keynote talks at conferences from London to Berlin to Istanbul to Calcutta.  Her educational anti-medicalization campaign, newviewcampaign.org, was formed in 2000 as a grassroots network to challenge the distorted and oversimplified messages about sexuality that the pharmaceutical industry relies on to sell its new drugs.  Dr. Tiefer has received many professional awards, including the Alfred C. Kinsey Award and Distinguished Lifetime Scientific Achievement Award from the Society for the Scientific Study of Sexuality, as well as the Lifetime Career Award from the Association for Women in Psychology.

9:45-11:15 am, Thayer
Workshop: New View Approach to Sex Therapy
Join keynote speaker Leonore Tiefer for a workshop addressing ways to integrate a non-medical view of sexual problems into clinical practice and teaching.  Experiential exercises will help participants understand the basis of the medical model approach and help them reframe their own views of sexual problems.

11:30 am-1:00 pm, Council Chamber
My Body, Whose Business?
Moderator:  Deborah Heath, L&C Associate Professor of Anthropology and Director of Gender Studies
Danielle Barnes, Whitman College student, “Border Crossing: Intersexuality and Biological Citizenship”
Elizabeth Reis, Associate Professor of Women’s/Gender Studies, University of Oregon, “Surgeries in Search of Disorders: Intersex and Circumcision in American History”
Joelle Ruby Ryan, University of New Hampshire, “It is Not the TransPerson who is ”˜Disordered’ but the Society in Which S/he Lives: Fighting Back Against Old-Guard Scientists and their Reactionary Sex/Gender Ideologies”

1:00-1:30 pm, Stamm
Performance: Getting to Know You—Summer Evenings at Galerie Studio St. St.
A presentation performance by L&C student Elizabeth Jaeger focusing on
issues of gender euphoria, and negotiating the limits of fantasy and play in
terms of getting to know a person as who they are, and who they want to be. 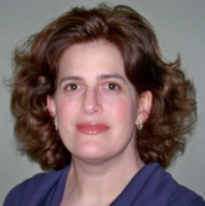 Jennifer Brier’s recent book, Infectious Ideas: U.S. Political Responses to the AIDS Crisis, argues that the AIDS epidemic had a profound effect on the U.S. political landscape because it allowed for a wide range of actors to influence the shape of American politics, especially on issues such as gay and lesbian rights, reproductive health, racial justice, and international development. Her work on AIDS grows out of her interests in exploring the intersections of gender, race, and sexuality in the recent past. She is currently co-curating an exhibition on LGBT history that will open at the Chicago History Museum in June 2011.


6:00-7:15 pm, Thayer
Workshop: Finding Your Way to Satisfying Sex
Join Amy Cooper, a clinical sexologist and sexual enrichment coach, for an experiential workshop in which participants will examine their attitudes and behaviors related to sexual satisfaction and enjoyment. Topics will include potential differences in sexual needs and desires and the right to explore one’s eroticism. 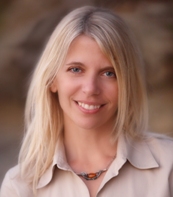 Amy Parish is a biological anthropologist, primatologist, and Darwinian feminist.  For the last twenty years she has been studying the world’s captive population of bonobos, who are among the closest living relatives of humans.  In her research, Dr. Parish uses an evolutionary approach to shed light on the origins of human behavior.  An award-winning teacher, Dr. Parish also serves on the Board of Directors for the Arusha Project, a nonprofit organization devoted to helping HIV-infected women in Tanzania, as well as the board of Up the River Endeavors, an organization devoted to sustainable development, global peace, and social justice.  Her work was recently featured in Ms. magazine, and she has appeared on Nova, National Geographic Explorer, NPR, and Discovery Health Channel productions.

11:30 am-1:00 pm, Fir Acres Black Box Theatre
Performance: Jabulile!
L&C student Kemiyondo Coutinho.
An accomplished young storyteller gives life to the struggles and secrets of four market vendors from Swaziland. Transforming herself into a dozen different characters, Kemiyondo Coutinho finds the humor and resiliency in these women who seek a way past loss and brutality to the future.
Please join Kemi and Professor Stephanie Arnold for a post-show discussion.

Due to circumstances beyond her control, Alix Olson had to cancel tonight’s performance. 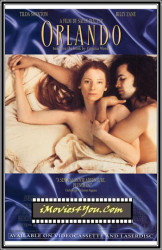 Directed by Sally Potter and inspired by the 1928 novel by Virginia Woolf,  Orlando  is a gender-bending epic that spans 400 years in the life of its androgynous title character, played by Tilda Swinton.  This visually stunning film received Academy Awards for Best Art Direction and Best Costume Design.  As film critic Roger Ebert explained, “This is the kind of movie you want to talk about afterward.”  Enjoy it on the big screen in Council Chamber.