The Japanese Promise: You’d Better Get a Calendar

To make a promise, at least in America, is a very strong action. Once Americans hear the phrase: “You promise?”, there resides a clear understanding that the person requesting your absolute commitment is very serious about the matter. This means that the act of promise making is seldom used. Mainly for the reason that “shit happens”. We forget plans, we double book our schedules, we are too exhausted by our long days to grab a coffee: shit happens. To make a promise assigns responsibility to maintaining plans that Americans would rather not have.

I, having grown up accustomed to this ever-scheduling and perpetually 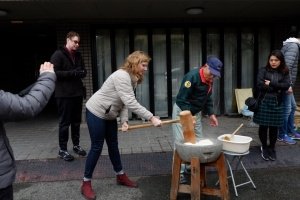 rescheduling culture, enjoy the lack of responsibility. It means that I can express to friends and acquaintances that the idea of getting lunch together is an enjoyable one, but neither of us really want to put in the time to perform that plan. The classic “Hey we should get together some time”, in an American setting, simply means that you’re thinking about someone, similar to getting “poked” on Facebook. The poker  did not message you to engage in conversation, or comment on your wall about how fun that vacation looked, but they did give you a slight nudge that they are still present.

約束する, yakusokusuru, however, is the Japanese action of making a promise, and unlike the flexible American style, can be quite severe. A “pinky promise” in Japan is often followed by a little song:

指切りげんまん、うそついたら針千本飲ます、指切った.
Pinky promise, if I lie, I will drink 1000 needles, and cut my pinky.

Just from the reading of this children’s rhyme, the Japanese culture of promise-making can be seen. Breaking a promise cannot be excused with forgetfulness or a busy schedule, but is 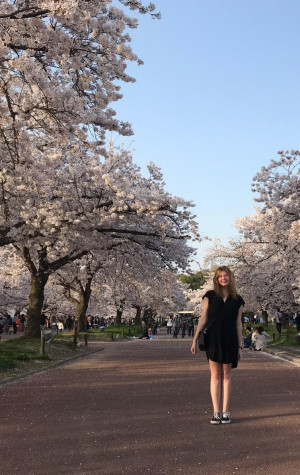 associated with lying. To break a promise is to have lied about your original intentions. What makes this concept especially frightening is the issue that the word yakusoku is rarely involved in promise making. Once a date and time are agreed upon, the assumption is that both parties will meet at that time, at that place, with little to no reminders. In my experience, when I talk about future plans, merely to express my excitement about them, I’m often met with puzzled looks and a question similar to: “Did you forget?” or “Do you need to know where we are meeting again?”; in some ways it is almost offensive to check-in.

While I found this to be originally somewhat daunting, I now know that given how hard Japanese students are working at their part-time jobs and with school, these sorts of promises are necessary. If anything, the Japanese culture of promise making has encouraged me to better use a calendar. It’s also fun to have plans waiting for me on certain days. I’m no longer messaging multiple people at a time in hopes of filling up my Saturday last minute, but can instead look forward to cherry blossom viewing next to Osaka Castle, having a matcha parfait after a long day of shopping in Umeda, or enjoying skewer food and beer at a local izakaya.