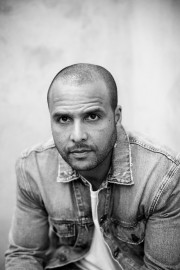 Rudy discovered Portland, OR and Lewis & Clark College on a basketball recruiting trip.  He quickly fell in love with both.

Immediately after graduation Rudy started working at MTV Networks, where he worked on the groundbreaking program, YO! MTV RAPS.   After his time at MTV, Rudy moved on to the National Basketball Association’s production group, NBA Entertainment. As the NBA’s Senior Creative Director, he helped to merge the worlds of traditional pop culture with the NBA’s global brand, helping to spearhead a new ‘sports entertainment’ genre.  In addition to creating multi-platform content for NBA Entertainment, he was also tapped to oversee all creative for the NBA’s signature event; the NBA All Star Game, a responsibility he currently still maintains.

Always seeking new challenge, in 2008 Crew invested his effort, energy and creativity into his newest endeavor, RECREATE Ideas + Entertainment.  Over the course of his decades long career, Rudy has worked with some of the world’s most visible athletes as well as some of most influential artists.  He’s produced a variety of compelling, highly visible events and programs, including the Emmy nominated ESPN “ 30 for 30” documentary series, “The Announcement”.

Although he currently resides in Los Angeles, he spends most of his time on an airplane.  And he still loves Portland and LC.