Beyond Resistance: Race and Revolutionary Struggle


Feliquan CharlemagneFeliquan Charlemagne is a high school senior and the national creative director of US Youth Climate Strike. Born on the island of St. Thomas in the U.S. Virgin Islands and now living in Ocala, Florida, Feliquan personally feels the consequences of climate change. He migrated to the US as an infant in response to economic instability amplified by climate crises. As a Floridian, he is regularly reminded of the impact of climate change on hurricanes and rising sea levels.

Kimaya Mahajan is a 15-year-old activist and student from Seattle, WA, where she serves as the Washington co-director for U.S. Youth Climate Strike. Kimaya organized several strikes and events for climate justice, including the Seattle strike which amassed 20,000 people. She has dedicated herself to fighting the climate crisis and its disproportionate impact on communities of color and low-income communities in the United States and around the world. Kimaya believes that both science and art must be combined to win the world back for all its inhabitants. 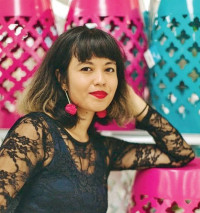 ﻿Jackie WangJackie Wang is a black studies scholar, poet, multimedia artist, and PhD candidate in African and African American Studies and History at Harvard University, specializing in race and the political economy of prisons and police in the US. She recently published a book titled Carceral Capitalism (Semiotext(e)/MIT Press) on the racial, economic, political, legal, and technological dimensions of the US carceral state. Her interest in this topic is rooted in her experience of having an imprisoned brother who was sentenced to juvenile life without parole as a teenager. She is the recent recipient of a fellowship at the Schlesinger Library, where she conducted research on the life and legacy of Angela Davis. She has also published a number of punk zines including On Being Hard Femme, and a collection of dream poems titled Tiny Spelunker of the Oneiro-Womb (Capricious).