New Directions: Gender in the Future

Featuring work by L&C contributors as well as by Portland artists, this exhibit displayed a variety of approaches to questions of gender and identity in a wide range of different media.  Curated by L&C student Elly Baldwin.

9:45-11:15 am, Stamm
The Turning of the Tides: Gender and Environmental Change
We regret that this session has been canceled.

12:00-1:30pm, Thayer
Workshop: Activism in Your Own Voice
Facilitated by symposium featured speaker Amy Richards
Participation limited to 20 Lewis & Clark students.  This session is currently full, but L&C students can add their names to the waiting list by emailing gendsymp@lclark.edu.

1:45-3:15 pm, Stamm
What the F? Gettin’ Down and Dirty with the Feminist Dialectic
Moderator: Linda Isako Angst, L&C Assistant Professor of Anthropology
L&C students Megan Elena Alpine, Natalie Baker, Claire Beatus,
Sarah Burkhardt-Beckley, Maisha Foster-O’Neal, Andrew Janeba,
Jennifer Schmidt, and Arielle White
The Fall 2010 Feminist Theory course presents a film in which L&C community members share their views about feminism.  Followed by reflections from the filmmakers about the experience and a discussion of the relevance and future of feminism.

3:30-5:00 pm, Fir Acres Black Box Theatre
Performance: Scenes from Shape of a Girl
Rikki Wynn, L&C student
An exploration of violence between adolescent girls and the power of the bystander.  Directed by Ana Erikson, L&C ’10, with sound design by Emily Gregory, L&C ’10, and lighting by Kaye Blankenship, L&C ’12. 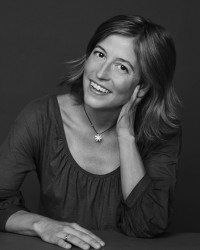 For the past 15 years, Amy Richards has been a leading voice for young feminist issues, lecturing widely and writing extensively about feminism today.   She is co-founder of Third Wave Foundation, a national organization for feminists between the ages of 15 and 30, and she currently runs the feminist lecture agency Soapbox, Inc: Speakers Who Speak Out.  She is co-author of Manifesta: Young Women, Feminism, and the Future and Grassroots: A Field Guide for Feminist Activism, as well as author of Opting In: Having a Child Without Losing Yourself.  Her writings have been published in The Nation, Ms., Bust, and numerous anthologies, and she also has written an advice column called Ask Amy at feminist.com since 1995.  She has appeared in a range of media venues including Fox’s The O’Reilly Factor, Oprah, Talk of the Nation, and CNN.  Amy has received numerous accolades, including being profiled in Ms. magazine’s “21 for the 21st: Leaders for the Next Century,” being chosen by the American Association of University Women as a 2004 Woman of Distinction, and being honored by her alma mater, Barnard College, in 2007.  She has been engaged in numerous other projects, including being a consultant for a PBS documentary on the women’s movement in America, working with the Columbia School of Public Health on a project addressing the long-term negative health consequences of welfare reform, and serving as a cultural attaché to the U.S. Embassy in Russia as a consultant on women’s issues in that country. 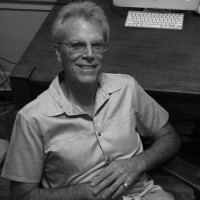 Michael Messner is an award-winning teacher and leading scholar whose examinations of gender and sport have been widely influential, and he has been a pioneer in the study of men and masculinities.  His many books include It’s All For the Kids: Gender, Families, and Youth Sports (2009), Taking the Field: Men, Women, and Sports (2002), and Politics of Masculinities: Men in Movements (1997).  In addition, he has published numerous articles, and he is co-editor of the frequently used anthology Men’s Lives, now in its 8th edition.  Professor Messner’s newest project involves collecting life histories from two generations of men who have worked to address issues of gender-based violence. 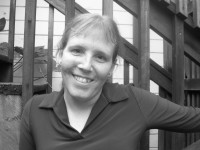 Julia Serano is the author of Whipping Girl: A Transsexual Woman on Sexism and the Scapegoating of Femininity (2007).  Her other writings have been anthologized widely and printed in magazines and websites such as Bitch, Feministing.com, and AlterNet.org.  She is also a celebrated poetry slam champion and lyricist/guitarist/vocalist for the pop trio Bitesize, and she has organized and hosted GenderEnders, a performance series featuring transgender, intersex, and genderqueer artists and allies.  Julia is also a scientist with a PhD in biochemistry and molecular biophysics, and she uses this training in her day job as a researcher at the University of California at Berkeley in the field of evolutionary and developmental biology.

11:30 am-1:00 pm, Council Chamber
Nobody loves you. Now what? Queer Youth Homelessness and Creating Chosen Family
Reading and lecture by Sassafras Lowrey, editor of Kicked Out

3:30-5:00 pm, Fir Acres Black Box Theatre
Performance: 348 by Kestryl Cael, L&C ’07
Transgender teenage rebel Cael cannot catch a break.  Her Hot Topic proclivities land him in a lock-down institution that borrows discipline from Guantanamo and staff from the Church of Latter Day Saints.  As Cael realizes why her mother locked him up, she wrestles with retribution, isolation, atonement, and the meaning of madness in America

5:30 pm, Stamm
30th Anniversary Reception
Students, faculty, staff and alumni are invited to join us in celebrating the 30th anniversary of the Gender Studies Symposium.  Refreshments will be served.  RSVP here.

Homomentum: A Queer Cabaret
Featuring queer dance, drag, burlesque and performance art, with tons of glitter and ridiculousness at every turn.  Homomentum happens every first Friday of the month at Fez Ballroom in downtown Portland.  Join us for a very special “best of” Homomentum as the closing event for this year’s symposium.  With audience participation and MC Max Voltage, Homomentum puts the Gay in Gaymazing!