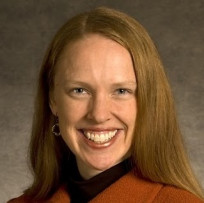 Jerusha received her BA and M.A. from Stanford University in 1995 and her PhD in Clinical Psychology from Yale University in 2001. Her research interests lie at the intersection of clinical and health psychology. Specifically, she studies how to motivate people to protect their physical and mental health. Jerusha is an avid reader of fiction, loves travel, and can’t get enough of time spent with good friends, her husband (Brian), their children Rory, Roan, & Coriander and dog (Dori). She believes that every student is capable of becoming a collaborator in the exploration of psychological theory, research, and practice, and co-created the BHS Lab to fulfill those aims. 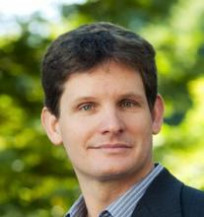 Brian is a coffee addict, and now goes to bed early because of his children, Rory, Roan and Coriander.

Maddie is a senior Psychology major from Philomath, Oregon. She has been a part of the BHS lab since spring of 2017. Maddie’s love for children and interest in development is what drew her to the field of psychology and she hopes to eventually combine her love for working with children and interest in education to become a social worker in schools. Aside from school, Maddie has been a competitive Irish Dancer since the age of 5 and hopes to continue for as long as her body will let her. When she is not in school or dancing, she enjoys backpacking in the beautiful PNW, going to concerts, reading memoirs, and eating cinnamon snickerdoodle ice cream from Salt & Straw.

Kate is a senior Psychology and French Studies double major from San Francisco, California. She has been involved with the BHS lab for 3 years and has studied abroad both in Dublin, Ireland (Spring 2019) and Strasbourg, France (Fall 2020). Now back in the U.S. after her travels, Kate is excited to apply what she has learned from her international studies to her work here at Lewis & Clark. She has been involved with both choir and acapella on campus as well as with a choir while abroad in France. Kate is also currently working as an intern at Mt. Carmel Preschool and is looking forward to pursuing a career that combines her love for working with children and her passion for music and language. Kate is also passionate about Trader Joe’s snacks, in particular Trader Joe’s unsweetened, organic dried mango.

Jasmine is a senior Psychology major and French Studies minor who has been a part of the BHS lab since fall of 2018. Born and raised in Japan, and having studied abroad in Ireland and France, she seeks to continue fostering her global perspective on mental health and nonprofit work. She is passionate about destigmatizing mental health and advancing health equity by improving access to mental health care, and after graduation, she hopes to pursue counseling with a Master of Social Work after gaining experience outside the classroom. She also has a love for films, music, meditation, photography, nature, and will rave about Japan to anyone who will listen!

Nova is a psychology major and rhetoric & media studies minor, and has been a part of the BHS lab since her first semester on campus in the fall of 2017. Her love of psychology has been driven by a concern for the stigma surrounding mental illness, and a desire to break that stigma however she can. After LC, she plans to take a break from school for a year or two before heading to graduate school, and eventually hopes to become a counselor or therapist who focuses on helping communities in need. Aside from academics, Nova was born and raised right outside of Portland, which has given her a deep love for the Pacific Northwest, and pretty much all natural spaces. In her free time she likes to make jewelry, listen to music, and snuggle with her cats. 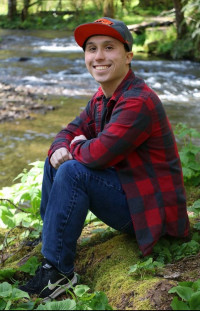 Zack is a Junior psychology major and creative writing minor. He grew up in the small rural town of Jewell, Oregon. He has been a part of the BHS lab since fall of his Sophomore year and seeks to do further research in health and psychology related fields after Lewis and Clark. He currently works for Student Leadership and Service where he leads community involvement trips. His favorite pastimes are reading, writing, and playing the drums. Zack is most interested in public health and counseling/clinical psychology. His desire to understand and best help those who are struggling, specifically marginalized groups, lead him to the BHS lab and is guiding him in his current goal of continuing onto a doctoral program in Clinical Psychology.

Tiffani Wong is an International Affairs and German Studies double major expected to graduate in the spring of 2022. She joined the BHS lab during the fall semester of her first year and has remained a member ever since. She loves being a part of this lab as a non-psychology major as it has allowed her to broaden her perspectives on the realm of psychology whilst learning about the subject through research and discussions held within the lab. She has had an amazing time falling in love with psychology as it was always something she wanted to be involved with! Tiffani is interested in careers in business, counseling, media, and aid work. In her free time, she enjoys going back home to San Francisco and wandering around the Bay Area, watching documentaries and travel vlogs, cycling, and trying all the boba places she can! 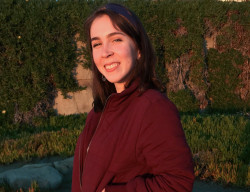 Becca Teichman is a psychology major and English minor of the Class of 2022, and she has been a part of the BHS lab since spring 2019. Her favorite part of studying both psychology and English is examining people and the world through different lenses. For example, both focus somewhat upon people’s experiences and actions in the world, and factors that affect those experiences daily. Becca is currently interested in a career in counseling or therapy in the future. However, she also enjoys assisting in research, and hopes to get more research experience in the next few years! In her free time, Becca loves drawing, singing in choir, reading memoirs, and exploring the PNW outdoors.

Tiona is a Psychology major and Computer Science minor, who is graduating with the Class of 2022. She joined BHS lab during fall semester of her Freshman year and has remained a member of the lab ever since. She was drawn to the field of psychology due to an urge to understand the reasons behind human behaviour, and is still exploring the different fields of study that psychology has to offer. When she is not studying, she is reading a book, trying her hand at bouldering, or teaching herself how to knit. Being born and raised in Hong Kong, the Pacific Northwest is quite different from what she is used to but living in Portland has cultivated her fondness for squirrels, who are very foreign to her.