Jess has been a part of the Lewis & Clark community since 2018, when she started work as an Area Director for SOA in Campus Living. In her time as an Area Director, Jess served as a Resolution Coordinator for SRR, volunteered as a Confidential Advocate, served on the Interpersonal Violence Prevention Team, and had extensive practice on formal and informal conflict resolution. Prior to her role in SRR, she has also undergone training at the Association for Student Conduct Administration (ASCA) Gehring Academy, been a member of the Oregon chapter of ASCA, and has received her 40-hour Sexual Assault Advocate Training from the Oregon Sexual Assault Taskforce. Now, as the Interim Director for SRR, Jess oversees all of SRR case management and facilitates the Welfare Intervention Network. In her educational background, Jess has a dual Bachelor of Science in History and Journalism with an emphasis in Advertising from Southern Illinois University of Carbondale, and she has Master’s in Education from Texas Tech University where her thesis work centered on Title IX training for responsible employees. Outside of work, Jess enjoys reading, playing games, reading tarot, and hanging out with her partner, Lucas, and two cats, Ollivander and Nox. 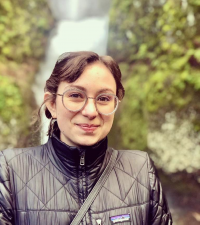 Kate attended The University of Puget Sound for her undergraduate work and studied biology and bioethics. During her time there, she fell in love with student affairs through para-professional roles she held as a student such as being a Peer Advisor and Tour Guide. This led her to continue her education at Lewis and Clark in pursuit of a Masters Degree in Student Affairs Administration. Outside of her roles on campus, Kate enjoys vegetarian cooking, massive amounts of online shopping, and watching Studio Ghibli films. 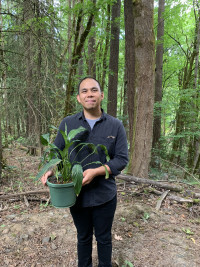 Michael Paz has been involved in the field of education since completing his   undergrad in Creative Writing at the University of San Francisco. From supporting   college access for first generation students in San Francisco to teaching high   school English in Southern California, Michael’s passion has always resided in   providing opportunities for young folks to actualize the power they hold. He wants   to continue this work by pursuing a Master’s in Student Affairs Administration at   Lewis & Clark. Michael is a big fan of most things Morrissey, riding his bike through pretty sketchy terrain, Los Angeles based sports teams, and his fiancé.