Opportunities in Science at Lewis & Clark

Celebrating a Century of General Relativity

Lewis & Clark is pleased to host three days of lectures and events, including an address by Dr. Jedidah C. Isler, the NSF Astronomy & Astrophysics Postdoctoral Fellow at Vanderbilt University. 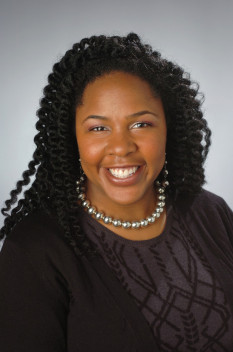 Dr. Jedidah Isler is a native of Virginia Beach, VA and a lifetime lover of the night sky. A graduate of the Dozoretz National Institute for Mathematics and Applied Sciences (DNIMAS) program at Norfolk State University, Dr. Isler later received a Masters in Physics as part of the initial cohort in the Fisk-Vanderbilt Masters to PhD Bridge Program, a pioneering effort to expand access to advanced STEM degrees for students of color. Dr. Isler continued her educational pursuits at Yale University, where her research in astrophysics was supported by nationally competitive fellowships from NASA, the National Science Foundation (NSF) and the Ford Foundation. In 2014, Dr. Isler became the first African-American woman to receive a PhD in Astrophysics from Yale, completing an award-winning study that examines the physics of particle jets emanating from supermassive black holes at the centers of distant galaxies. She is presently an NSF Astronomy & Astrophysics Postdoctoral Fellow at Vanderbilt University and participates in the Future Faculty Leader program at Harvard University’s Center for Astrophysics.

Throughout her career, Dr. Isler has remained a fierce advocate for the inclusion and empowerment of students from underrepresented backgrounds in the sciences. She has worked with numerous museums, libraries, observatories, and schools across the country on outreach and engagement efforts designed to inspire a new generation of STEM leaders and has established herself as an inspirational voice championing access in the field of Astrophysics and in science education. 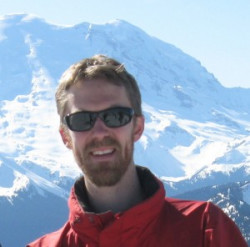 Dr. Paul T. Allen earned his PhD in mathematics at the University of Oregon in 2007.  His research is in partial differential equations, relativity and gravitational theory.  Dr. Allen’s stellar work helping students wrestle with challenging ideas in math and physics earned him the title of “Lewis & Clark’s Professor of the Year” in 2013

“The Physics of Interstellar ” with Dr. Paul T. Allen of Lewis & Clark College

The film Interstellar generated many conversations in the physics and relativity communities, in part because the science advisor to the
film crew was a prominent physicist — Kip Thorne, most famous in
physics circles for his work on gravity waves and the ongoing LIGO
experiment. In this informal conversation, we’ll talk about some of
the scientific ideas that come up in the movie, including general
relativity, black holes, and wormholes. We’ll also discuss the tension
between using “good” science and generating excitement when making
science-fiction films.

Blazars are active galactic nuclei whose relativistic jet is aligned at small angles (< 5°) with respect to the Earth line of sight. These relativistic jets produce radio through gamma-ray emission, via synchrotron radiation at long wavelengths and likely inverse Compton scattering at gamma-ray energies. Yet, much of the physics of blazar jets is still uncertain; e.g., it is not clear whether the gamma-rays come from sub-parsec or parsec scales or if there is one gamma-emitting site or many. To address these questions I take a two-fold approach: first comparing the observed broad emission line flux with Fermi gamma-ray flux and optical linear polarized flux to estimate its relationship to jet activity. Three sources showed statistically significant emission line variability, in close temporal proximity to Fermi gamma-ray flares, which I will discuss further in this talk. Secondly, I compare the optical and near-infrared (OIR) flux and color to the Fermi gamma-ray flux on similar cadence and present a schematic representation of the long-term OIR color variability. Using this schematic, changes in the relative contribution of the disk and jet emission, migration of the gamma-emitting region to outside the broad line region, and injections of higher energy electrons in the jet itself are shown to contribute to the long-term OIR color variability that we observe.​

Blazing Quasars and Blazing Trails: A Journey of Discovery

This talk blends cutting edge scientific research with personal storytelling to explore Dr. Isler’s life-long journey of discovery. As an astrophysicist, Dr. Isler’s work on supermassive, hyperactive black holes known as “blazars” is part of an ongoing effort to better understand the processes of celestial particle acceleration. Reviewing some of the most exciting recent discoveries in the field, this talk will address how Einstein’s theories of relativity continue to shape the way that scientists study the universe. Dr. Isler will also address her experiences as a trailblazer in her field, offering an encouraging and practical set of strategies for students currently in the midst of their own educational journeys. Building upon her passions for both science and promoting the empowerment of underrepresented groups in STEM fields, Dr. Isler will share her stories and observations of what it means to see the world around us without limits.

Students present their summer work on topics as diverse as parallel computing and security, reaction-diffusion equations with applications in chemistry, social motivation and acoustic communication, and arachnids in the Caribbean.

All events are free and open to the public. Daily visitors parking permits are available at the entrance marked information. Parking is free after 7 pm.

Opportunities in Science at Lewis & Clark