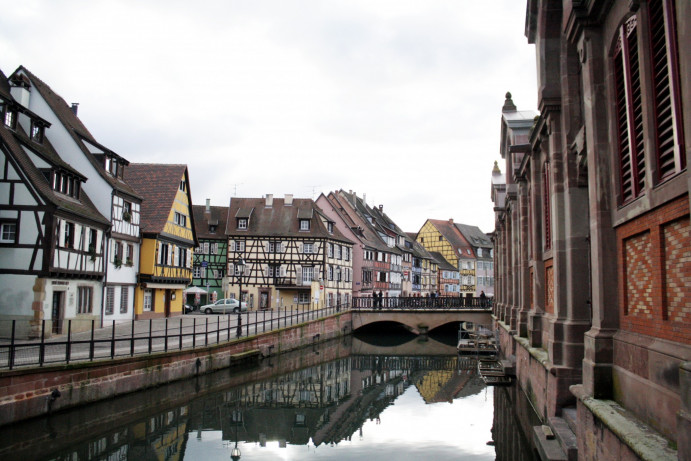 Since its founding by the Roman Empire, Strasbourg has served as an international gateway and birthplace of great ideas in every era. Its rich history as the much-disputed prize of many nations has given the city a unique international flavor.

Strasbourg houses the Council of Europe and the European Parliament, as well as the European Court of Human Rights. In addition to its role as the political “Capital of Europe,” Strasbourg is an important economic center. Its historic role as the “crossroads of Europe” continues as the second largest port on the Rhine river and the midpoint between France, Germany, Switzerland, Belgium, and Luxembourg.

The city owerflows with cultural activity from the homespun to the avant-garde. Cyber-cafés are tucked onto streets that look as they might have two hundred years ago. An ultra-modern tramway takes locals from Renaissance- and Medieval-period areas of town to metropolitan commercial districts.

Culturally, the city boasts a national opera with ballet, a national theater, museums, gardens, and one of the largest and most beautiful cathedrals of Europe. Strasbourg continues to have an active modern artistic community, keeping cultural growth in the city alive. More cultural experiences than anyone could possibly attend are available, all within a short walking distance.

For students, who want to travel, Strasbourg is ideally located. Constant train services keep London, Brussels, Zurich, and Paris all within a few hours’ distance. International students from all over Europe and the world come to study in Strasbourg, making study in Strasbourg an intercultural experience of the most flavorful variety.

The University in Strasbourg

Students can attend classes at any number of departments and institutes of the University of Strasbourg, depending upon their level of French skills. At Université Marc Bloch there are courses in the humanities, at Université Robert Schumann, courses in political and social sciences.

Most students will have at least some coursework at the Institut International d’Etudes Françaises (IIEF). An institute of the university, all classes are taught in French, with focus on French language and civilization. History, literature, politics, translation, and many other subjects are offered to foreigners from all over the globe.

Sports classes are also offered at the university, ranging from favorites such as volleyball and tennis to more exotic offerings, such as akido, paragliding, or tango. Active student clubs introduce students to French peers who share extra-curricular interests in theater, pottery, hiking, singing, and more.