Ray Warren Symposium on Race and Ethnic Studies, Staged reading of “Cottonwood in the Flood” 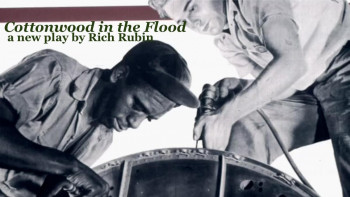 Cottonwood in the Flood tells the story of an African American family during the rise and fall of the newly built city of Vanport on the banks of the Columbia River north of Portland. On Memorial Day, 1948, the entire city of Vanport was obliterated by a catastrophic flood of the Columbia River. The Vanport Flood was a cataclysmic event in the history of Portland, destroying the lives of tens of thousands African Americans, yet it has often been overlooked in the dominant narrative of the city’s history. Cottonwood in the Flood is an important play that gives voice to memories that have been largely silenced.

The staged reading features Lewis & Clark College students and is directed by Damaris Webb. A screening of Challenging History, a short documentary featuring Vanport survivor Beatrice Gilmore, will precede the reading. Additionally, Ms. Gilmore will partake in a panel discussion after the reading along with the playwright, Rich Rubin, and local historian Zita Podany, author of Vanport.

Co-sponsored by the L&C Dean of Students and the Division of Student Life, Office of Diversity and Inclusion, Office of Inclusion and Multicultural Engagement, Theatre Department, and Ray Warren Symposium on Race and Ethnic Studies.