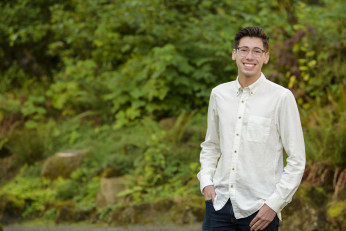 Raised in Ashburn, Virginia, Nick is a rising third year at Lewis & Clark College majoring in Political Science with a minor in Rhetoric and Media Studies. He hopes to combine the two fields to work in the political campaign sphere and one day run for office. Nick loves Lewis & Clark because of its proximity to Portland and all the opportunities the area offers for hiking, networking, and eating.
In addition to working in the Alumni Gatehouse, Nick crafts content for the Lewis & Clark social media in the office of Public Affairs and Communications and tutors political science for the Student Academic Affairs Board (SAAB). He also recently served as the Student Organizations Coordinator for the Associated Students of Lewis and Clark, where he connected with and oversaw funding of our wonderful 100+ student organizations.. Outside of class, Nick loves to climb mountains, take photographs, and make fresh pasta.

Raised in Boise, Idaho, India is a junior at Lewis & Clark College majoring in English and double minoring in Gender Studies and Theatre with a concentration in Dance. She frequently combines her academic pursuits together in larger creative projects including a zine/creative booklet exploring conceptions of “mad women” in Victorian literature and a dance exploring the relationship between Emily Dickinson’s creative process and grief. India hopes to synthesize her academic and creative interests in a career that will allow her to engage with, create, and foster creativity as a means for engaging with the world and one’s identity.

In addition to being the Alumni Fellow for the Alumni & Parent Programs, India is part of the Lewis & Clark Dance Company, sings in one of the school’s choirs and is one of the co-chairs for the 2020 Gender Studies Symposium. 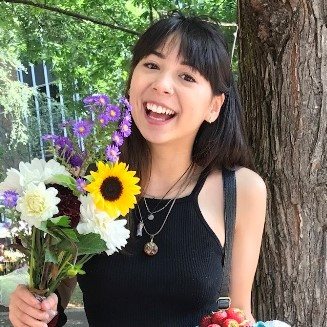 Katelin is a junior majoring in Religious Studies.  She is also a part of the a cappella group, The Merryweathers. 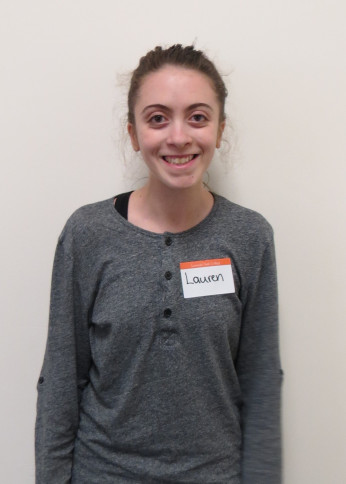 Lauren is from Northern California and has just finished her first year at Lewis & Clark. She enjoys traveling, reading, learning/practicing Spanish, and spending time outside. Lauren is excited to see what the next three years at Lewis & Clark have in store for her, and meet alumni to learn about their college experiences! 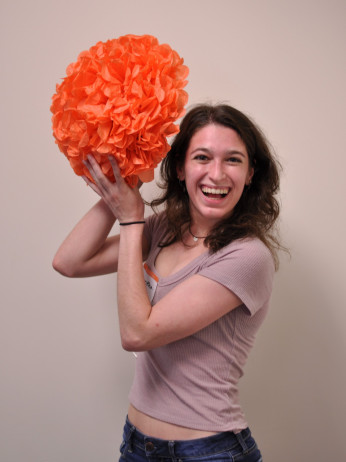 Samantha is a Biology pre-medicine major from Tigard, Oregon. She runs cross country, track, and co-leads the Watzek SAC club. She is part of ASLC’s finance committee. Samantha studied abroad in Seville, Spain in the Spring of 2019. She also volunteers as a crisis text counselor. 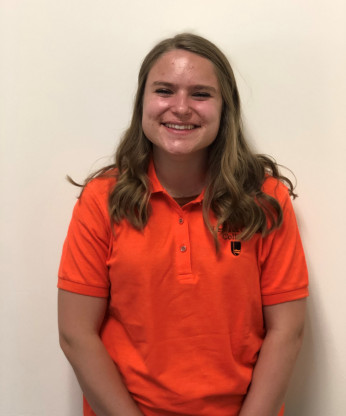 Grace is the daughter of two alumni who met at LC! She is an economics major with a passion for art. She is also a College Outdoors leader and leads a variety of outdoor excursions throughout the year including day hikes, stand up paddle boarding weekends, and cross country ski weekends (her favorite weekends of the semester). Grace will be returning from a year of overseas trips where she worked for Magnum Photos, a photo agency in New York, and studied biology and regional studies in Australia. In addition, to her participation in overseas trips and the College Outdoors Office, last year Grace was a Resident Advisor in Hartzfeld. Her experience as a Resident Advisor allowed her to “link connections with residents on college outdoors trips to their experiences in other communities on campus.” If you are looking for Grace on campus, chances are you will be able to find her in the dark room, or somewhere wandering the art building when she is not in the library deciphering economics graphs. She looks forward to being back on campus for her senior year next year and leading more College Outdoors trips. 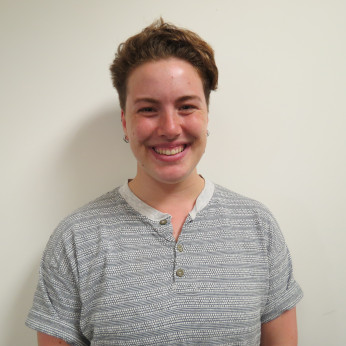 Two years ago year, Kess went to New Zealand to hiked for four months, then farmed for another four months. It was a life-changing experience, and they knew they would meet people with similar experiences at Lewis & Clark. Although Kess hasn’t pursued their love of hiking as much during their first year at college, Kess loves to get outside every day and row with the crew team! Kess found their community within the crew team, and is also in the Capella Nova choir. With this balance of school, choir, and rowing, Kess is always busy, but they are so thankful for all the opportunities they’ve been able to take advantage of at LC. 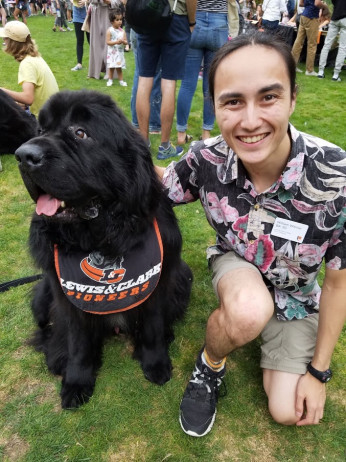 William is a rising senior Biology major with career plans in healthcare administration. He is from Phoenix, Arizona, but the rain here does not bother him. Outside of school, he is a varsity swimmer and team captain on the LC Swim team. William helped his team break a few records his past 3 years at LC. He is also involved in student government as the Treasurer. William enjoys desserts thoroughly, and plays video games in his free time. 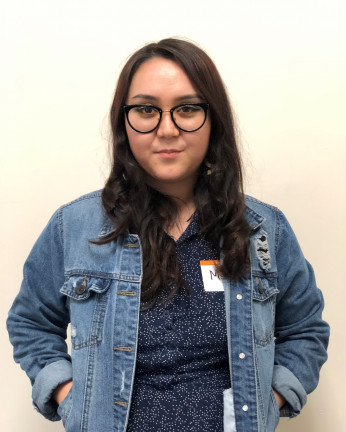 Maya is a sophomore majoring in International Affairs.  She speaks 5 languages.  She also works at the Fields Dining Room during the school year. 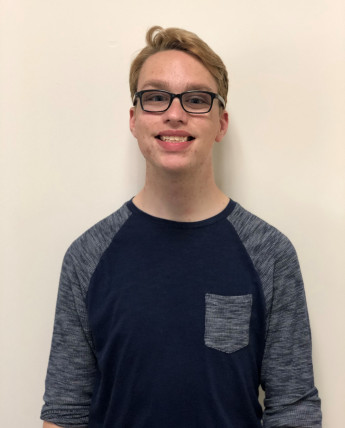 As a history/German studies double major, Scott finds the intersection of his majors very interesting. He will be spending his senior year in Munich, and the prospect of life abroad is fascinating to him. As an avid knitter and crocheter, Scott thinks traditional ways of producing goods can give us insight into times long before our own as well as today. 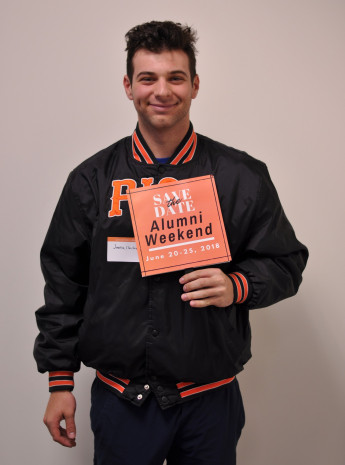 Justin is a rising senior from Los Angeles, California. He plays baseball at Lewis & Clark and is currently studying biochemistry. Justin loves to produce music and do anything outdoors. 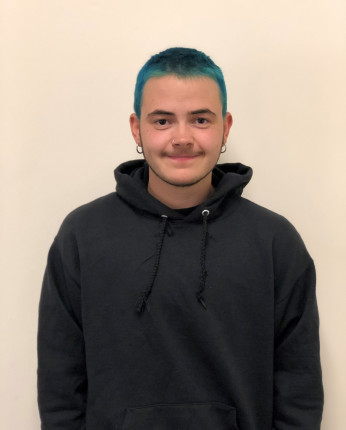 Ollie is from Minneapolis, Minnesota. Ollie is a Psychology major and a Gender Studies minor, and plans to graduate at the end of the summer. Ollie studied abroad in Amsterdam this past fall and it was a super sweet experience. Ollie enjoys making video art, and loves to dance around, listen to music, and spend time in the sunshine. 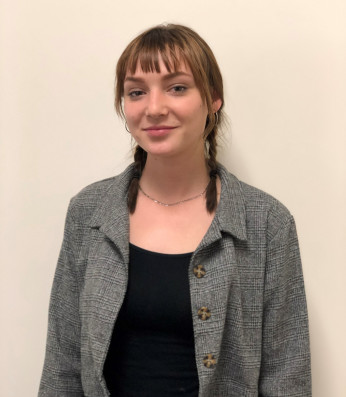 Amelia is a junior majoring in Psychology.  She is an Annual Giving Reunion Assistant. 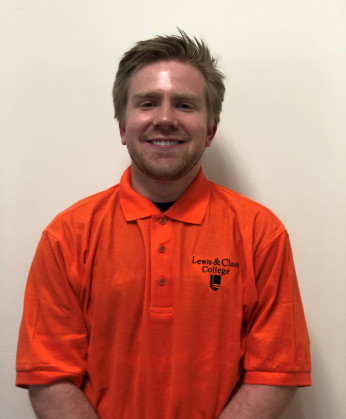 Zack recently graduated from Lewis & Clark College with a major in Anthropology and a minor in Political Science.  Next Fall, he will begin his studies at the University of Oregon, School of Law.  Before he leaves Lewis & Clark, Zack wanted to contribute to Alumni Weekend and see what he has to look forward to that he is an alumnus!  He is also an Annual Giving Reunion Assistant.

Cassidy graduated just this past Spring from Lewis & Clark College with a BA in English.  During her time at LC, she served as president of Model United Nations, a member of the Student Philanthropy council, and worked for the Admissions Office.  She is hoping to apply to graduate school this fall and pursue a PhD in English Literacy.  Cassidy is an Annual Giving Reunion Assistant. 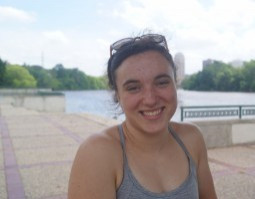 Emma was raised in St. Paul, Minnesota. She is in her second year at Lewis & Clark College, pursuing a degree in Religious Studies and History. Emma is a member of the Women’s Varsity Crew team, and has participated in several dance performances at the college. In her free time, she enjoys reading (of any kind), watching historical films, and practicing yoga.