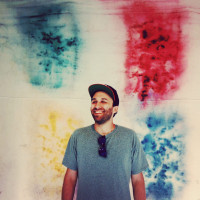 Aron Phillips joins the Board of Alumni from Los Angeles, where he works as Sr. Director of Development at UNINTERRUPTED, a distributed media platform dedicated to athlete storytelling. Growing up in Shelburne, Vermont, he traveled across the country in 2003 to visit Lewis & Clark, and quickly made a decision to matriculate after attending the Admitted Student Program.

Upon arrival on Palatine Hill, the Leadership and Service Award winner held numerous leadership positions from ASLC and SAAB to The Pioneer Log and Jewish Student Union. He also worked for three years with the Women’s Basketball team. Although an International Affairs major and Economics minor, Aron attended the school’s off-campus program in NYC which was internship intensive, and focused on art, theatre, and architecture.

After graduation, Aron returned to NYC to work full-time at Dime, the basketball lifestyle magazine he interned with during the Fall of 2005. He worked his way from Editorial Assistant to Managing Editor, before leaving to become the social voice of Nike Basketball. After that, he became the Director of Branded Content at Complex, building a 13-person team from the ground up. Aron eventually left Complex to join SpringHill Entertainment and The Robot Company—two startups founded by LeBron James and Maverick Carter—bringing with him an impressive and well-rounded decade of editorial and digital experience, strategy and execution. He later transitioned to another James/Carter startup, focusing on content and business development for UNINTERRUPTED.

Outside of the office, Aron loves to travel, visit museums and galleries, and search for the elusive, perfect shot for Instagram.