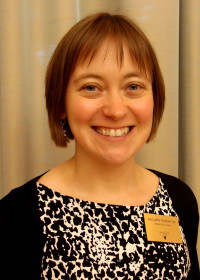 Hillary Dixon grew up in Boise, Idaho. After touring a number of other schools in the Pacific Northwest, Dixon settled on Lewis & Clark because of both the beauty of the campus and the atmosphere of the classes she experienced as a prospective student. As an English Literature major, Dixon worked on the college’s literary magazine during her junior and senior years. She studied abroad in England, which she says allowed her to be more aware of diverse life experiences and viewpoints. Being on the L&C campus also taught her to be comfortable in a variety of situations because of the people and experiences she encountered as a student.

After graduation, she returned to England. She spent a year as a intern for the British Museum and Bloomsbury Publishing. She returned stateside for a year while pursuing her M.A. in English from Boston University. After her master’s program, Dixon went back to England to work for a small environmental internet company that established an online market for industrial waste streams. Dixon returned to Portland in 2002 and began working in social services focusing on survivors of domestic violence. She currently works for the YWCA in their domestic violence shelter and at the Gateway Center for Domestic Violence Services.

Dixon feels enormously privileged to have had a Lewis & Clark education. She feels the best way she can repay the gift is to foster current and future classes and to outreach other alumni, and is joining the Alumni Board to do just that.