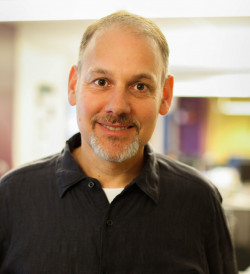 Jonathan Burton, BA 1983, came to Lewis & Clark from Los Angeles. He found an energetic, active and open-minded community offering broad and unique opportunities, and was drawn to the natural beauty of the campus and the surrounding Portland area, which he enthusiastically explored. During his time at Lewis & Clark, Jonathan was involved with student media, including the Pioneer Log newspaper and as a disc jockey for radio station KLC. He was editor of the Pioneer Log (1981).

After receiving a degree in English, Jonathan embarked on a journalism career that began with a focus on Southeast Asian business and politics and for two decades has centered on individual investing and personal finance strategies. The wide-ranging curriculum at Lewis & Clark, and professors who encouraged innovative ideas and approaches to learning and problem-solving, helped prepare Jonathan to pursue his diverse interests and apply them in a creative, competitive field.

Jonathan is a San Francisco-based editor and columnist for MarketWatch.com, a financial news website. He is the author of two books on investing and as a freelance writer for 10 years in New York covered business, political, and social issues for magazines and newspapers. Jonathan and his wife Lisa Eltinge have three grown children, Nicholas, Daniel, and Ava.

“Lewis & Clark reinforced for me the value of strong connections,” Jonathan says. “Friendship and support from both professors and classmates helped me to think more critically, to develop my writing and editing skills, and to be a team player.”