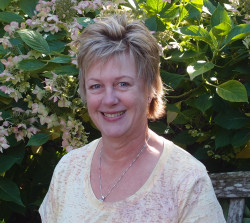 Barbara A.W. Whitaker BA ’74 grew up in the Portland, Ore. area and attended Sunset High School in Beaverton. After a visit to the Lewis & Clark campus, she fell in love with the school and applied for early decision. She planned on studying journalism, but after enrolling she learned the program was being phased out. She switched to the elementary education program instead, which lead to a 30-plus year career in education.

During her time as a student, Barbara was involved in service outreach through the Sacagaweans, Amicans, and the Eurodelphians, worked as a resident assistant, participated in Outdoor School, and worked all four years in the Saga cafeteria, taking numbers in the back line.

After graduating, Barbara went into education, and taught for 31 years in the Lake Oswego school system. Over the years, she served as the department chair and on the Oregon Education Association Board of Directors, and was active with the Oregon Education Association at the state and national levels. She was also a master teacher to many student teachers, and she credits Lewis & Clark with preparing her “beyond any expectations. A liberal arts education lays groundwork and provides the platform for any care in life,” she said.

For the last 25 years she has been an active volunteer for Portland’s Singing Christmas Tree, a holiday musical. After retiring she moved to Peoria, Arizona and enjoyed working with a community theater, Trilogy Players, and a professional theater company, Compass Players, as Managing Director and Stage manager. She now lives in Stanwood, Washington.

This is her second stint on the Board of Alumni – she served from the mid-’70s into the early ’80s.