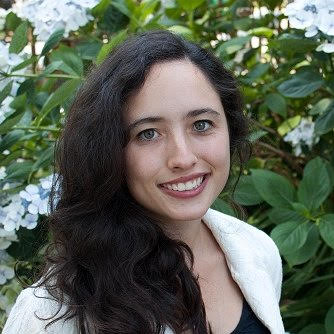 What have you been doing since graduation?

After graduating from L&C, I moved to Washington, D.C., for AmeriCorps, where I volunteered with MedStar Urgent Care to help underserved members of the community access healthcare services. From that position, I networked my way into a job with the National Academies of Sciences, Engineering, and Medicine’s Institute of Medicine. The Academies were created by Congress and are commissioned by governmental and non-governmental organizations to provide evidence-based health policy reports on issues of national importance. I organized meetings, conducted literature reviews, and drafted text for reports on a variety of topics including: the elimination of hepatitis B and C as a public health problem in the U.S., the health effects of cannabis and cannabinoids, and strategies to reduce alcohol-impaired driving fatalities.

“My overseas study is what sparked a sense of responsibility within myself and has continually motivated my career and education.”

After three years in D.C., I was ready for a change of scenery and to go back to school. I was accepted to an MSc in public health program at the London School of Hygiene and Tropical Medicine, where I spent a year learning about research methods and health promotion. I wrote my dissertation on parental perceptions of transactional sex in Uganda, and subsequently got a research job at the school’s Gender Violence and Health Centre. In this position, I coordinate a project studying the mechanisms and pathways of romantic jealousy and infidelity in intimate partner violence. I also work with the Learning Initiative on Norms, Exploitation, and Abuse team, studying the social norms linked to the sexual exploitation of children and adolescents.

How did Lewis & Clark prepare you for your work in public health?

When starting at L&C, I knew that I wanted to study psychology and that I was interested in working cross-culturally in a field that would help improve people’s lives, but I did not know where all of my interests intersected. Professor Brian Detweiler-Bedell introduced me to the public health field, and encouraged me to pursue a career in it, and Professor Erik Nilsen gave me my first public health job in his human-computer interaction lab. Courses in research methods and statistics gave me a solid foundation for my master’s degree and for the work that I do at the Gender Violence and Health Centre, while my writing skills were honed throughout my time at L&C.

We understand your overseas experience shaped a lot of what you chose to study after Lewis & Clark—particularly with gender based violence prevention. Would you mind sharing a bit about that?

Studying abroad in Kenya and Tanzania was one of the most incredible experiences of my life—to this day I still get excited when talking about it. I became interested in the field of gender-based violence during our homestays, where I engaged with locals and heard stories of how gender inequalities had impacted their lives. One homestay that really impacted me was with the Masaai in Northern Tanzania, a tribe that still practices polygyny and female genital cutting. Another was in Arusha, Tanzania, where my host mom was depressed and expressed feeling trapped as a housewife in a loveless and unfaithful marriage due to her and her children’s economic dependence on her husband. The complex interaction of social norms, history, economic, and political structures working together to limit the agency and freedom of these women moved and fascinated me. This is what sparked a sense of responsibility within myself and has continually motivated my career and education.

Now that you’ve been out of college for a while, what would you say is the most important thing you learned at Lewis & Clark?

My liberal arts education taught me to think critically from multiple perspectives. This skill has been invaluable to me ever since.

What are your future plans?

I hope to start a staff PhD within the next couple of years, and continue studying the intersection of gender and health issues.