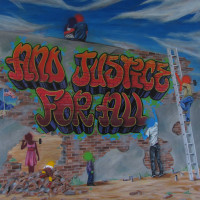 Featuring work from Lewis & Clark student artists and artists in the greater Portland community, this exhibit challenged viewers to think about what social justice really means in today’s world. 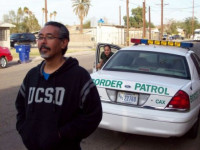 Ricardo Dominguez is a co-founder of The Electronic Disturbance Theater (EDT), a group that developed Virtual-Sit-In technologies in 1998 in solidarity with the Zapatista communities in Chiapas, Mexico. He is co-Director of Thing, an ISP for artists and activists. His recent Electronic Disturbance Theater project with Brett Stabaum, Micha Cardenas, and Amy Sara Carroll is the Transborder Immigrant Tool, a GPS cellphone safety net tool for crossing the Mexico/U.S border.  He also co-founded Particle Group with artists Diane Ludin, Nina Waisman, and Amy Sara Carroll, a gesture about nanotechnology entitled “Particles of Interest: Tales of the Matter Market” that was presented in Berlin (2007), the San Diego Museum of Art (2008), Oi Futuro, and FILE festivals in Brazil (2008).

Marcie Rendon is an enrolled member of the White Earth Anishinabe Nation.  An award-winning writer, her works include non-fiction children’s books, poetry, short stories, plays, and other freelance writing.  She recently co-authored Native Artists: Livelihoods, Resources, Space, and Gifts.  She is director/producer of Raving Native Productions theater projects and has mentored or otherwise advised numerous projects encouraging Native artists.  She has also worked as a mental health counselor, including work as International Liberation Reference Person for Native Americans with Re-evaluation Counseling.

Join us for an interdisciplinary discussion with students who are developing research projects drawn from overseas programs and other academic work.  Bring your lunch.  Drinks and cookies to be provided.

Art is a form of cultural expression that often represents events, people, or places that have been important to a community.  Sometimes, though, art elevates the unsung heroes, those who have been forgotten in public memory or overlooked in mainstream accounts of history.  To what extent can art become a vehicle for social justice?  How can poetry and visual representation convey the experiences and history of a culturally ignored or neglected group of people? What does the built environment reveal (or conceal) about a people’s past?  This panel examines the role of artistic expression in creating public memory. 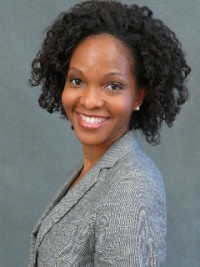 Imani Perry is an interdisciplinary scholar who studies race and African American culture using law, literary and cultural studies, music, and the social sciences.  She is the author of More Beautiful and More Terrible: The Embrace and Transcendence of Racial Inequality in the United States (NYU, forthcoming 2011) and Prophets of the Hood: Politics and Poetics in Hip Hop (Duke, 2004), as well as numerous articles weaving together law and cultural studies, many of which are available for download at imaniperry.typepad.com. Prior to joining the faculty at Princeton, Professor Perry taught at the Rutgers School of Law in Camden, NJ for seven years.  She holds a PhD in American Civilization as well as a JD, both from Harvard University.

When asked to define “hard-core pornography” for the Supreme Court in a First Amendment case, Justice Potter Stewart wrote, “I can’t define it, but I know it when I see it.” Could the same be said for “offensive” or racist imagery? Do we know it when we see it? How do we know? In the past year, the Lewis and Clark community has engaged in debates about posters that some considered racist, and others considered anti-racist satire. When we study social injustice, we are often faced with histories and images that disturb us. How much discomfort are we willing to take? Is there any image, that no matter what the context, should never be viewed? Can we understand racism if we are not willing to confront racist images? Spanning the history of blackface minstrelsy in the United States to political cartoons picturing the Prophet Mohammed, the panelists will offer an overview of the use of controversial images in the media and the art world and provide a space for discussion.

People tout Portland as being a particularly progressive, livable city. But Portland also has a long history of racism, segregation, and police brutality. In 1857, Oregon’s state constitution forbade the migration of African-Americans into the state; in the 1920s, Oregon was a haven for the Ku Klux Klan; in the 1940s, restaurants in downtown Portland refused to serve African American patrons; in 1988, a group of skinheads attacked and killed an Ethiopian immigrant; in 2010, Aaron Campbell, an unarmed black man, was shot and killed by the Portland Police. What are the particular characteristics of racism in Portland? Is it as racist as any other American city? Why is Portland so segregated? Why do so many African American residents of Portland distrust the police? What are the historical forces that have produced racism in Portland, and what are people doing to combat it?

Republican former House Speaker Newt Gingrich recently compared the building of an Islamic cultural center near Ground Zero to putting a Nazi poster on the Holocaust museum.  In Florida, Pastor Terry Jones threatened to burn the Koran to commemorate 9/11.  In spite of almost daily reminders that President Obama is a Christian, increasing numbers, now almost 1 out of every 5 Americans, still believe he is a Muslim.  Are we experiencing a dangerous period of extreme xenophobia against Muslims?  This panel will address these controversial issues, as well as the following questions: What is the meaning of Jihad in Islam?  Is there a difference between a terrorist and a patriot?  Is the growth of Islam in this country a threat to the United States?

In poetry and prose, Lewis & Clark students express their understandings of race, ethnicity, and identity.  Each year a new group of students writes an original series of monologues to share powerful feelings and experiences.  Join us for what is always a highlight of the symposium.