Curated by LC students Sara Caldwell-Kan, Natalie Paden, and Morgan Padgett, this art show featured work by LC students and artists from the Portland community. In these works, the artists shared their experiences with and personal feelings about diverse aspects of migration, including forced, free, and illegal immigration, religious and cultural migration, and the hardships suffered by refugees when moving between countries. We hope viewers left with a clearer idea of the impacts of migration on individuals from around the world.

Featured Event: Nowhere on the Map: A Landscape of Belonging to the Hmong 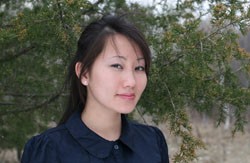 Born in Thailand’s Ban Vinai Refugee Camp in 1980, Kao Kalia Yang immigrated to Minnesota when she was six years old. A graduate of Carleton College and Columbia University, Yang is the co-founder of Words Wanted, an agency dedicated to helping immigrants with writing, translating, and business services. She has recently released The Place Where We Were Born, a film documenting the experiences of Hmong American refugees.

Keynote Lecture: Spirits in the Material World: Migrants and the Change they Bring

Rubén Martínez is an award-winning journalist, author, and performer. His books include The New Americans (2004) and Crossing Over: A Mexican Family on the Migrant Trail (2002), and his essays and reporting have appeared in a wide range of publications. In addition, he has appeared as a commentator on numerous public programs, and he received an Emmy for his work on a PBS series. He has also performed and recorded with bands such as Concrete Blonde and the Roches, and he has been active in the spoken word and performance scenes for over 20 years.

In poetry and prose, Lewis & Clark students uncover faded footprints in the journey to understand race, ethnicity, and identity.

Keynote Lecture: Immigration and the Anxious Terrain of the American West: Revising the Not-So-Useful Distinction between Old-Timers and Newcomers

Patricia Nelson Limerick, Professor of History and director of the Center of the American West, University of Colorado at Boulder; author of The Legacy of Conquest

Introduced by Jane Hunter, LC Professor of History and Associate Dean of the College of Arts and Sciences 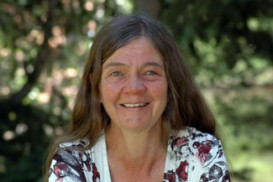 Patricia Nelson Limerick has dedicated her career to bridging the gap between academics and the general public and to demonstrating the benefits of applying historical perspective to contemporary dilemmas and conflicts. An award-winning teacher and scholar, Limerick has written numerous works, but she is especially recognized for her pathbreaking book The Legacy of Conquest (1987), which transformed the field of Western American history. She is also a prolific essayist who has advised many documentary films and worked on many public projects through the Center of the American West, which she co-founded in 1986 and currently directs at the University of Colorado at Boulder.

Sponsored by Associated Students of Lewis & Clark College and the Dean of the College of Arts and Sciences.