The Gender Studies Symposium is pleased to collaborate with the Theatre Department by hosting one evening of this yearâs Main Stage production.

An insightfully witty meditation on men and women, sex and class, lust and power, this contemporary re-telling of Arthur Schnitzlerâs early-20th-century La Ronde takes on the subject of Freudian projection and reinvents it in a bittersweet landscape that is both eternal and completely up-to-date. Its original production became a sensation in London and one of the most sought-after tickets of its Broadway season.

The March 7 performance will feature a special post-show discussion with the cast and director.

Featuring work by LC contributors as well as by Portland artists, this exhibit displays a variety of approaches to questions of gender and identity in a wide range of different media. The exhibit is open daily throughout the symposium.
Coordinated by LC students Alyssa Larkin and Peter Seilheimer.

9:15-11:15 am, Thayer
Workshop: Toying with Gender by Creating Dolls with LC student Sarah Mitchel
Advance registration required. Limited seating. Please contact smitchel@lclark.edu to reserve a space. Participants will have the opportunity to express their ideas about gender by assembling, carving, and adorning dolls and action figures.

Using contemporary poems as prompts for writing and discussion, weâll explore gender queer identities, talk about our experiences, and walk away knowing at least one new thing about the pitfalls of things with lids. Come curious and open to diversity. Bring a pen! 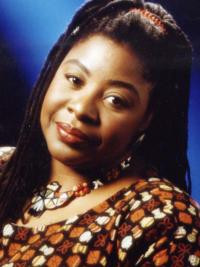 Loretta Ross is a founder and the national coordinator of SisterSong Women of Color Reproductive Health Collective. She is also the founder and former executive director of the National Center for Human Rights Education, and she directed one of the first rape crisis centers in the United States. Ross is the co-author of Undivided Rights: Women of Color Organizing for Reproductive Justice (South End Press, 2004) and is currently writing a book about African American women and abortion. In addition, she has testified before the US Congress and United Nations, has written numerous editorials, and has offered commentary on many television and radio programs.

11:30 am-1:00 pm, Thayer
Workshop: The (In)sanity of Gender with Sabrina Chapadjiev, editor of Live Through This: On Creativity and Self-Destruction
This workshop will invite people to consider the relationship between gender ideology and notions of sanity.

1:15-3:15 pm, Council Chamber
Performance: Force of Nature by Carole Groobman
This one-woman show brings to light the social, political, and cultural issues of childbirth.
Followed by post-show dialogue with the performer and a panel discussion featuring the following participants:
Linda Glenn, certified nurse midwife, OHSU
Shafia M. Monroe, certified midwife, founder and president of International Center for Traditional Childbearing (ICTC), the first organization in the US to provide midwifery training and breastfeeding promotion for and by African Americans
Liska Havel, LC student and former intern at Waterbirth International
Sig-Linda Jacobson, MD, Associate Professor of Obstetrics and Gynecology at OHSU

âFatherhood, Poverty, and Gender Injustice: Which Way Forward for the Obama Administration?â 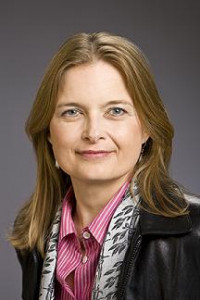 Anna Marie Smith is the author of the award-winning Welfare Regulation and Sexual Reform (Cambridge, 2007), and she recently served as guest co-editor of a special issue of Signs: Journal of Women and Culture with a focus on reproductive and genetic technology. Professor Smith has written numerous other works of feminist political theory examining sexuality, race, and law. She is spending this year as a fellow at the Center for Law and Culture at Columbia Law School.

11:30 am-1:00 pm, Gray
Brownbag Lunch Discussion: Careers Related to Gender Studies
Moderator: Rachel Orlansky, LC Educational Specialist, Student Support Services
Bring your lunch and talk with LC alumni and others who have used their interests in Gender Studies in developing their professional lives.

12:30-1:30 pm, Thayer 1
Performance: Surgemony V: seemefeelmetouchmehealmeâ by the Gyrl grip
This is the fifth installation in this series of performances exploring the nature of intimacy, longing, and the alienation from oneâs own body that is often experienced within gender dysphoria. Audience members are invited to come and go during the performance.

The welfareQUEENS is a revolutionary group of mamaz, daughters, and sons struggling with poverty, welfare, racism, and disability. Through their art, storytelling, and poetry, the welfareQUEENS hope to reclaim the term âwelfare queenâ and resist the racist and classist mythologies about poverty in the United States.

Opening set by Paz Demente, a three-person band affiliated with the Rock and Roll Camp for Girls.

Jamie Stewart has been the front person for Xiu Xiu since the trioâs debut album in 2002. He has received critical acclaim for his dramatic, original compositions and his haunting, beautiful lyrics. Stewart has been described by the New York Times as having an âalmost androgynous voiceâ and a style that âsavors the contrast between a gentle bit of melody and a lyric about violence or extreme sex.â

All symposium events are free and open to the public. Registration is not necessary for attendance at the symposium. Events are held in Templeton Student Center unless otherwise specified.

For information on parking and transportation to campus, including a free shuttle service,
visit Transportation & Parking Options.

For out-of-town visitors, here are some hotels in downtown Portland and vicinity.