The award winners will present their papers at a reception that celebrates both their work and the graduating students of the Gender Studies minor program. These awards are given in memory of Dorothy Berkson, professor emerita of English who taught at Lewis & Clark from 1981 until her retirement in 2004. She died in April 2007.

Submissions due by 5 p.m. 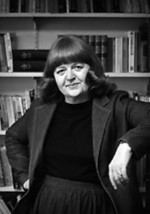 Professor Berkson was a presenter in Lewis & Clark’s first Gender Studies Symposium. For the gender studies minor, she designed a course titled Gender and Aesthetic Expression, which she continued to teach for many years.

To see photos and read about past awardees click here!