1n 2019 Portland Oregon hosted a Japanese speech contest:  the Toyama cup.  The Toyama cup is a Japanese speech contest for university students that is offered in Oregon every year.  In 1996 the contest was held for the first time as a way to mark the 5th year anniversary of friendly relations between Toyama and Oregon.  This year marked the 23rd anniversary of this competition and the winner was Ronan Hall, a graduate from Lewis & Clark College.

In mid-July Ronan had the opportunity to travel to Toyama as a part of her prize.  During her trip, she stayed in Tateyama and while there she visited the Korobe Alpine route, the Toyama museum, and the villages of Goakayama, Gassho and Zukuri.  On July 8th,she visited the Toyama prefectural office to show her appreciation to the director of the Kurahori general policy.  There she received an honorary letter, designating her an ambassador of honorary friendship in Toyama.  Following up on this award the Kurahori director expects her to act as a bridge between Toyama and Oregon, and in a wider sense act as a bridge between USA and Japan. 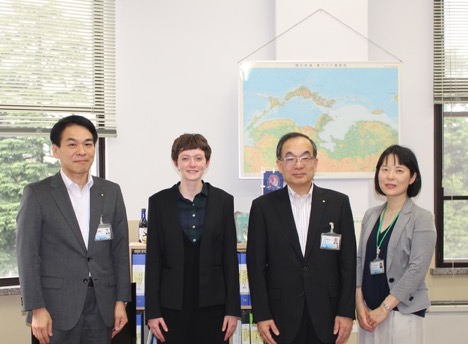 Upon her return to the US she remarked about the beauty of the Tateyama mountain range and the rich history of the Kurobe dam.  She also enjoyed partaking in activities such as the making of Japanese paper and money.  The part of her trip which she treasured was participating in the Nagashi Somen and fireworks with her host family.  She would like to see more foreign nationals having the opportunity to visit Toyama. 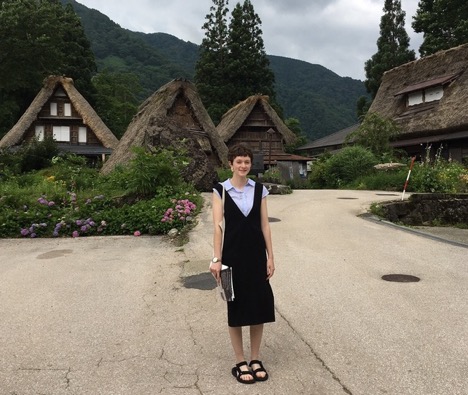 Ronan’s theme for this year’s contest was “As long as you remember me” and in her speech, she discussed her trip to Tokyo, Japan, where she spent 5 months volunteering at a nonprofit organization which helps people on the street.  The people she met seemed to be increasingly disconnected from their families and these meetings and activities acted as a way for them to have fun while socializing and drinking tea with their peers.  In many societies around the world, particularly in Japan individuals isolating themselves is becoming an increasingly widespread phenomenon.  This trip to Tokyo was a rewarding experience for her as through her volunteer work Ronan learnt the importance of community. 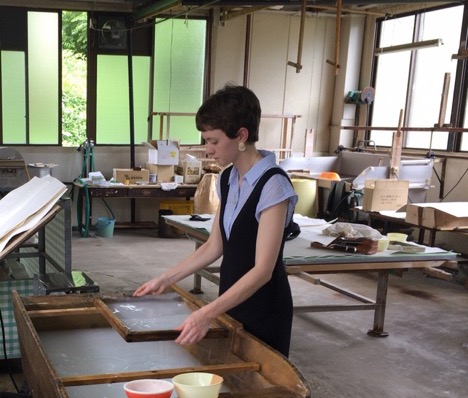 Ronan learning the art of paper making in Japan