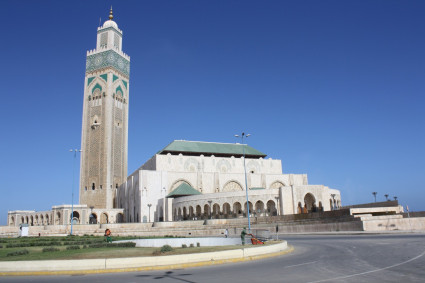 At Lewis & Clark, the study of religion is defined as a field of investigation distinct from religious practice.  The program gives students the opportunity for critical reflection on a variety of religious traditions in the world, including their own. Students read the texts and examine the practices of both Western and Eastern religious traditions in the social and historical context in which they originated and in which they are now practiced.  The field of religion is broad in content, not only because of the variety of religious traditions in the world, but also because religion has pervaded nearly everything else in human experience.  Linkages with these other dimensions of human experience are systematically explored in order to understand the role religion has played and continues to play in every society.

Lewis & Clark’s Department of Religious Studies has chosen to focus on the study of religion as a social and cultural phenomenon. Using this approach, three specific areas are emphasized in the curriculum: Jewish and Christian origins, the history of the religious traditions in Western civilization, and the history of religious traditions of Asia.  Of special importance are the role and impact of religion in both historical and contemporary America.  Because of this sociocultural approach, the religious studies department is heavily involved in interdepartmental work.  Faculty members interact with those in other departments dealing with the phenomenon of culture—in particular history, sociology/anthropology, art, and music.

The international emphasis at Lewis & Clark also dovetails nicely with the sociocultural approach to religious studies, especially for students who plan to live and study in another country during their time at the College or who plan an interdisciplinary minor including an overseas study program.  Religious studies faculty frequently lead programs in India, Japan, and elsewhere.  Such opportunities offer students firsthand experience with cultures and religious traditions quite different from their own.

The department serves a variety of students. Course sizes range from six students (at the upper level) to 35 students (at the introductory level).  Though relatively few students come to college expecting to engage in the academic study of religion, and indeed many do not know such an opportunity exists, department enrollments are very high. Many of those who enroll seek to explore or critically reflect on their own religious traditions and the role these have played in society. Others are majoring in art, anthropology, or a related discipline, or perhaps in a foreign language, and find that courses in the Department of Religious Studies supplement and expand their knowledge of their own fields.  Some Lewis & Clark students seek a major or minor in religious studies, either for their own self-understanding or as preparation for graduate study in a variety of fields.

Religious studies majors, like majors from any department in the humanities, pursue a wide variety of occupations following graduation.  Recent graduates have found employment in everything from social work to journalism, from banking to politics. Many go on to graduate or professional schools.  A few seek professional training in religious vocations. 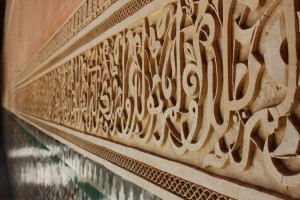 “Human beings in virtually every culture in the world have asked themselves questions of meaning: What is it to be human? Why are we here? What should we do with our lives?  To have the chance to reflect on these questions is what the academic study of religion is all about.”