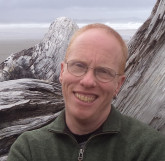 White, disabled, and genderqueer, Eli Clare happily lives in the Green Mountains of Vermont where he writes and proudly claims a penchant for rabble-rousing. He has written a book of essays, Exile and Pride: Disability, Queerness, and Liberation, and a collection of poetry, The Marrow’s Telling: Words in Motion, and has been published in many periodicals and anthologies. His newest work, Brilliant Imperfection: Grappling with Cure, was released in early 2017. Eli speaks, teaches, and facilitates all over the United States and Canada at conferences, community events, and colleges about disability, queer and trans identities, and social justice. Among other pursuits, he has walked across the United States for peace, coordinated a rape prevention program, and helped organize the first ever Queerness and Disability Conference.

Roxane Gay is an author and cultural critic whose writing is unmatched and widely revered. 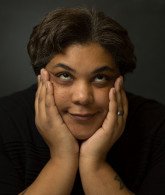 Her work
garners international acclaim for its reflective, no-holds-barred exploration of feminism and social criticism. With a deft eye on modern culture, she brilliantly critiques its ebb and flow with both wit and ferocity.  Her collection of essays, Bad Feminist, is universally considered the quintessential exploration of modern feminism. NPR named it one of the best books of the year and Salon declared the book “trailblazing.” Her powerful debut novel, An Untamed State, was long listed for the Flaherty-Dunnan First Novel Prize. Her latest book Hunger: A Memoir of (My) Body is a painstaking examination of body image. Roxane is a contributing op-ed writer for The New York Times, co-editor of PANK and was the non-fiction editor at The Rumpus. Her writing has also appeared in McSweeney’s, The Nation, and many other publications. Roxane fronts a small army of avid fans on social media and, when she finds the time, she dominates the occasional Scrabble tournament.