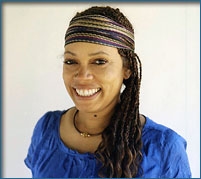 France Winddance Twine is a professor of sociology and documentary filmmaker at the University of California, Santa Barbara.  She is an ethnographer, feminist theorist, and critical race theorist who has conducted field research on both sides of the Atlantic and in Brazil, and she regularly teaches courses on gender inequality, race and ethnicity, and the body and culture.  Professor Twine is author and/or editor of nine books and co-producer of Just Black?: Multiracial Identity, a documentary film. Her recent publications include Girls with Guns: Fire Arms, Feminism, and Militarism (2013); Geographies of Privilege (co-edited with Bradley Gardener, 2013); Outsourcing the Womb: Race, Class, and Gestational Surrogacy in a Global Market (2011); and A White Side of Black Britain: Interracial Intimacy and Racial Literacy (2010).  Professor Twine has served on the editorial boards and editorial collectives of Signs, Feminist Studies, Ethnic & Racial Studies, and the flagship journals of the British Sociological Association and the American Sociological Association. She is a native of Chicago and currently divides her time between San Francisco and Santa Barbara. 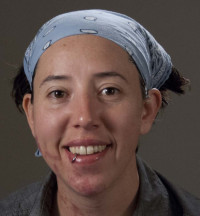 Karma R. Chávez is an assistant professor in the Department of Communication Arts and the Program in Chican@ and Latin@ Studies at the University of Wisconsin, Madison. She is co-editor of Standing in the Intersection: Feminist Voices, Feminist Practices (with Cindy L. Griffin, SUNY Press, 2012) and author of Queer Migration Politics: Activist Rhetoric and Coalitional Possibilities (University of Illinois Press, 2013). Professor Chávez is also a member of the radical queer collective Against Equality and a host of the radio program “A Public Affair” on Madison’s community radio station, 89.9 FM WORT.

You can see a video of her talk here.

Christina B. Hanhardt is an associate professor of American Studies at the University of Maryland.  Her research focuses on the history and contemporary forms of U.S. social movements and cities since the mid-20th century, with an emphasis on the politics of stigma, punishment, and uneven development.  Her first book, Safe Space: Gay Neighborhood History and the Politics of Violence (Duke University Press, 2013) is a history of LGBT activism against violence in New York and San Francisco since the 1960s, framed in the context of broader debates about gentrification, policing, and crime.  Professor Hanhardt has also published on the politics of neoliberalism, queer film and video, and other topics in numerous academic journals.  She was the winner of the 2013 Undergraduate Studies Teaching Award at the University of Maryland.

Franchesca Ramsey, also known as Chescaleigh, is an actress, comedian and video blogger based out of New York City. With over 80,000 subscribers on her two YouTube channels, she and her videos have been featured on MTV, The New York Times, Essence.com, and the BBC. Her 2012 viral hit “Sh*t White Girls Say… to Black Girls” was viewed over 5 million times in just 5 days, garnering coverage on MSNBC, ABC, Ebony Magazine, The Daily Mail, and the Anderson Cooper talk show, to name a few.

You can view a video here of her talk.